Another long day at work, followed by an afternoon of puppy-sitting (which isn’t a job but it is work), dinner, and real estate coursework until bedtime.  I am really enjoying being busy these days, as I inch closer and closer towards being a licensed agent in California.  At the end of all this, I will have not only completed my Bachelor’s degree this year, which happens to be my 35th on the planet earth, but I will also be able to add real estate licensee to my list of professional accomplishments.  And please don’t get me wrong, I am not trying to brag or come across as being cocky – I am just happy and proud of myself for pursuing my dreams, sticking to it all day after night after day, and accomplishing the things I set out to do.  Like everyone in this world, I have failed many times on countless other endeavors so this time, in addition to many more, I intend to get it right.

With one class completed and my second class 37% finished (that’s an approximation folks), I am finding peace and excitement with the process.  Nervous to take the state test in a couple months and there is literally not much I can do to quell my anxiety about it.  With a high failure rate, the test is mildly intimidating;  if real estate was my sole pursuit right now I would be much more scared of the impending test date but since I am still employed with steady income, I can rest a little bit easier.  My whole life isn’t hinging on this new chapter so it is all elective, which makes it much more calming and fun.  I like to push myself so even if I have to take the final California Real Estate Licensee test a few times, I will just chalk it up to solid practice and a good story to tell later on down the road in my upcoming lucrative real estate career.

But for now, I am going to log out of my online course website, enjoy a final cup of tea, and drift off to bed.  Need to grab a couple hours of sleep before I start my Thursday morning at 3am in downtown LA – even the rats don’t get up that early…goodnight!

Yesterday, while finishing up my lunch break at work, my least favorite supervisor walked into our conference room, sat down, and proceeded to ruin the remainder of my Wednesday and, so far, all of my Thursday!  The jerk was single-handedly able to do this by being rude and condescending, two things I really haven’t experienced from a coworker during my twelve year tenure on the job.  I am happy to say I am not familiar with being treated poorly but it broke my heart nonetheless.  I felt angry and sad, as well as embarrassed, although I had no reason to be.  He made me feel very uncomfortable in my own skin and all I wanted to do was leave.  And leave I did.

The short few minutes, that resulted in hours of anxiety and anger for me in the following days, were all the result of my supervisor telling an awful story, for the 3rd time, about how he ‘beat’ his mildly aggressive Rottweiler with a baseball bat when he was younger.  He described in lurid detail how the adolescent dog, whom he had essentially ignored by gifting it to his son and leaving it to live outside during its formative years, growled at him when he went to feed him his dinner.  Being the alpha male that he is and was, my violent superior grabbed his nearby bat and hit the dog a couple times – when he described this moment, he even yelped out to reenact how the dog screamed while being beaten.

As I heard this frightful story yet again, I stood with a straight face, refusing to laugh alongside him as my other two moronic coworkers did (which struck me as a desperate attempt to seek the storyteller’s approval).  My supervisor noticed I wasn’t amused by his awful actions so he proceeded to tell me how beating a dog is necessary to training and how I would never be able to handle a canine of this caliber.

I didn’t know where to begin and I found myself, as I do in these scenarios, not saying exactly what I would like to say.  While I told him I would have handled things differently (to put it lightly), I wanted to tell him how he is an asshole.  I also wanted to tell him that he is a pathetic excuse of a man, I have zero respect for him, and I cannot wait for him to leave our place of work when he retires at the end of this month.  Finally, I wanted to hit him with a baseball bat while I provided some dog training tips to him for the future.

The whole thing made me so mad – knowing the pup was treated inhumanely, watching people laugh about it as if it was funny, and his condescension and outlandish ability to actually flip the script on me, as if I was in the wrong.  Things like this will bother me for days, as it already has.  I struggle with being around people who make me upset, in any shape or form, because all I want to do is separate myself from stress, anger, sadness or worry.  Life is too short and there are too many wonderful people to consume ourselves with (like Hugo ♥) – no one needs a negative, evil human being in their midst.  I sure as hell don’t.

I believe the Statute of Limitations in California is up on this story, since it happened a couple decades ago.  Plus, the victim has since passed away – makes me sad for him, just knowing he had to go through that, all alone in the world, with his trust in the very man that hurt him.  It pains my heart that it happened and it hurts to watch him laugh in unison with others, as he reminisced about his brutal tale.  He ruined the following days in my life, as I cried inside for the dog and for the way he made me feel.  I know I shouldn’t feel badly but I do.  Hopefully a little more time, some hugs from my own loving pooches, and his upcoming retirement will make it all better.

Nearly five weeks into my real estate coursework and I am about to complete my first course.  And now that I am on the verge of completing my first, 45-hour class, I can say, based on experience, that the three required courses of study in California are no joke (Thank goodness I chose the fabulous online format that I did – Real Estate Express has been easy to navigate and a breeze to use for several hours on a daily basis).

Now, that’s not to say that the material is incredibly difficult or taxing to learn but it is just a little bit more time-consuming than I had initially imagined it would be.  Regardless, I am genuinely enjoying learning about a new topic; for the entirety of my adult life, I have been fully engrossed with and consumed by my present career, meaning that all of my learning and focus has been on that sole topic.  Because of that, it is overwhelmingly refreshing to be soaking up something fresh.

I am also proud of myself for doing just that – soaking up something fresh.  At a time in my life when I could easily sit back and become lazy, both in terms of my personal growth and career, it is satisfying to my soul to not do either.  And to top it off, Hugo wrote me a beautiful card the other day, which was accompanied by a bouquet of colorful flowers and a delicious dinner, that said how proud he was of me and that I am an inspiration.  While that isn’t my goal, it makes my internal smile shine bright knowing that my partner is impressed with my pursuits.

As a parting, extremely girly, side note – I was about to spell check this post and sling it your way when a tv ad fulfilled its mission and caught my attention.  Within seconds I found myself scrolling through the advertised website – FabFitFun.  It is actually a really fun idea, that I may just order for myself.  In a nutshell, for roughly $50 per shipment, four times per year, a young lady, or young man (or old folks for that matter!), gets a box delivered with a varied assortment of premium products, such as makeup, clothing, and accessories.  The unknown factor is what always interests me about business ideas like this, because it exposes the recipient to items they may not otherwise discover through their routine shopping excursions.  Anyways, that was a little off topic but I thought I would share it because it looks like fun.  Oh, before I forget, the ad mentioned using code PARTY for $10 off…enjoy! ♥ 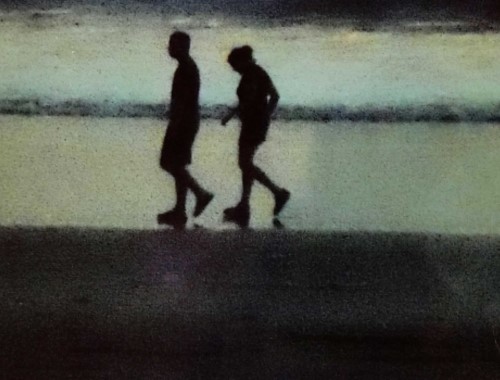 “This morning, with her, having coffee.”

-Johnny Cash, when asked for his definition of paradise 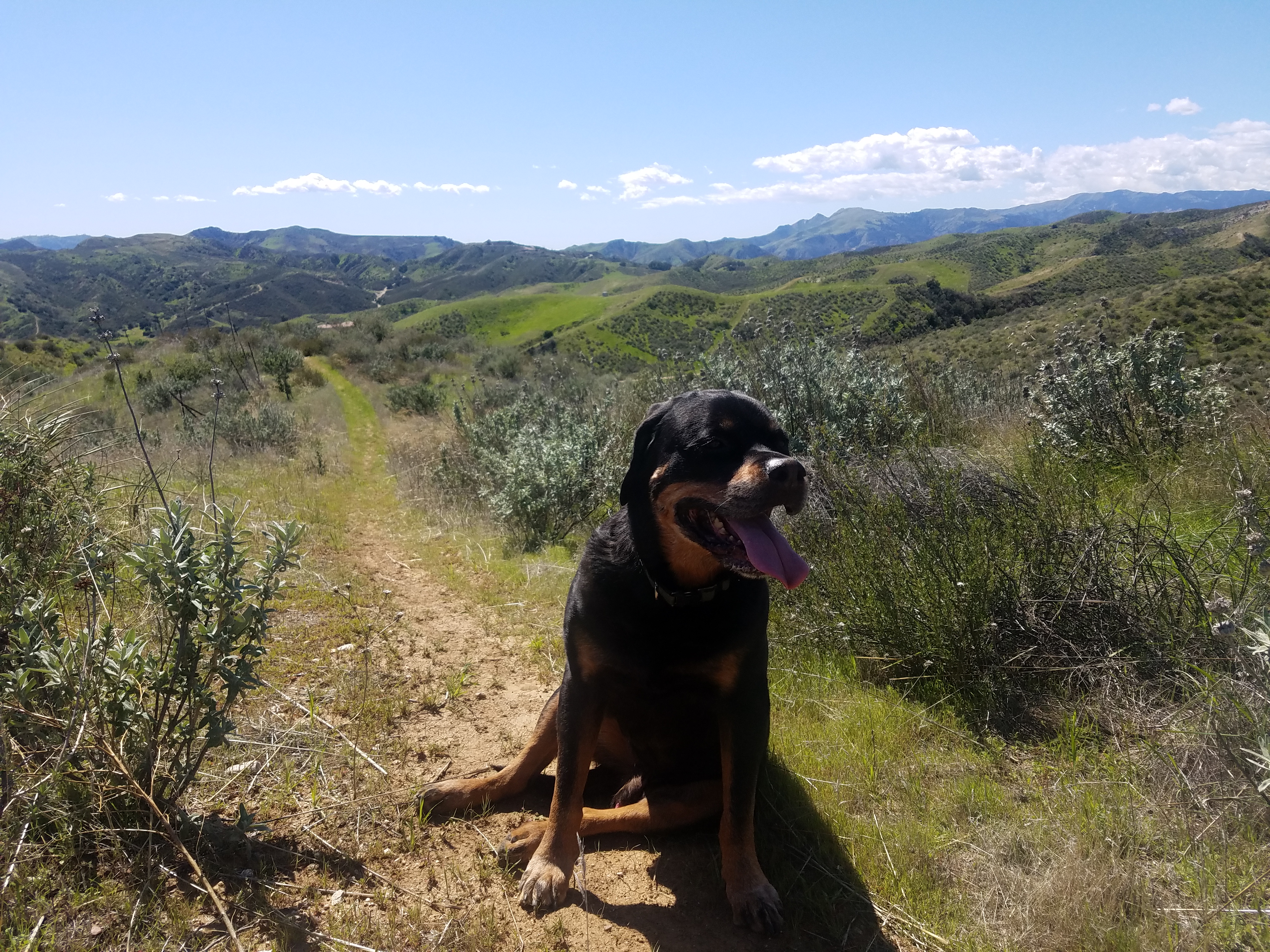